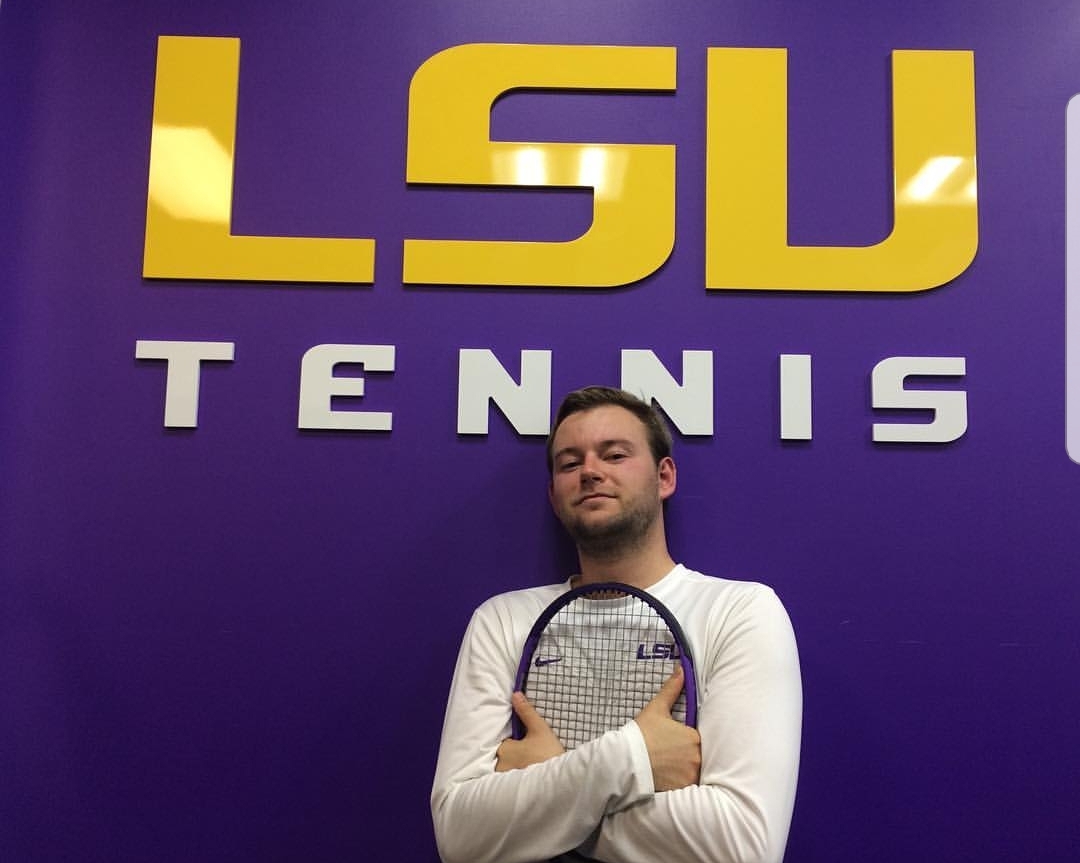 I decided to do the study abroad option for a year after I found out about it from the Institute of Sport’s admin team. The opportunity to live and study abroad in another country, the sports programmes on offer and sense of adventure appealed to me. I picked Louisiana State University (LSU) in America and study Kinesiology of Sport for a year. This counted as my second year.

I picked LSU because of the Division 1 status they have for tennis (which I do in my spare time), southern hospitality, facilities, weather and courses they have to offer. I could tailor the course to suit my needs. As I was part of the sports community I was given an academic advisor to help pick the right modules which were all delivered in a variety of teaching methods and assessments.

LSU has approximately 40,000 students. The average temperature is 22 degrees and it has 100% humidity almost all year round. Between August and November, it is 30 – 37 degrees. The facilities are outstanding. There is a football stadium which is the sixth largest stadium in the world. It is called ‘Death Valley’ because it’s so loud and it often goes on the Richter scale for noise. It’s $100 for a season ticket (eight home games) although anyone who works for a team or is in a team receives free tickets.

I was asked to become Team Manager for the tennis team when I asked if I could string my racquets. The tennis co-head men’s coach said he was looking for a manager and that’s how I got in. As part of this I received athlete status which meant I got free meals and a scholarship. Within this role I was able to travel between California and Carolina and I also went to Florida, Alabama and Arkansas.

As a place to live Louisiana is incredible. The hospitality, the food which is all home cooked, such as jambalaya, gumbo, and boudain balls (jambalaya rice moulded into a ball, fried or oven cooked and can be filled with other food). There is also Mardi Gras which is massive. It’s a party every weekend for three months.

At LSU everyone wants to talk to you. I ended up going to Texas for four days with a uni neighbour as I was going to be on my own during the holidays and I also went to a friend’s house in New Orleans.

To anyone considering a study abroad option I would say go for it. It counts as your second year and my lecturers said how great an opportunity it would be. Financially, you’re not worse off and Student Finance England supported me with the costs so I’d highly recommend talking to the study abroad team. There are endless opportunities, international friends, memories and experiences that shape how you see the future. The experience rounds you as a person. Originally, I was going to go into teaching and my study abroad helped me changed my thoughts on what career I wanted to go into. I’ve been offered to do a master’s at LSU for free because I work with the team. I now have a view to stay and live in America.

If you’re thinking of coming to study at the University of Chichester I would say pick the course based on the number of people on it. I chose my course because of the modules and the choice of modules to suit my personal interests. I chose to study here because it is really well-known for teaching. Before university I was working as a PE coach and needed to get a sports degree or PGCE. I’d heard Chichester has great teaching and sport courses and I visited with my college a year before to visit the sport science team. The community here is fantastic; students really know each other, particularly in the sports teams where everyone comes together and watches each other’s matches. Students not in sports teams come and support us too. Here you are a person not a number. I have a really good relationship with my tutors because of the small group sizes. The library is open for a good number of hours and there are modern facilities.