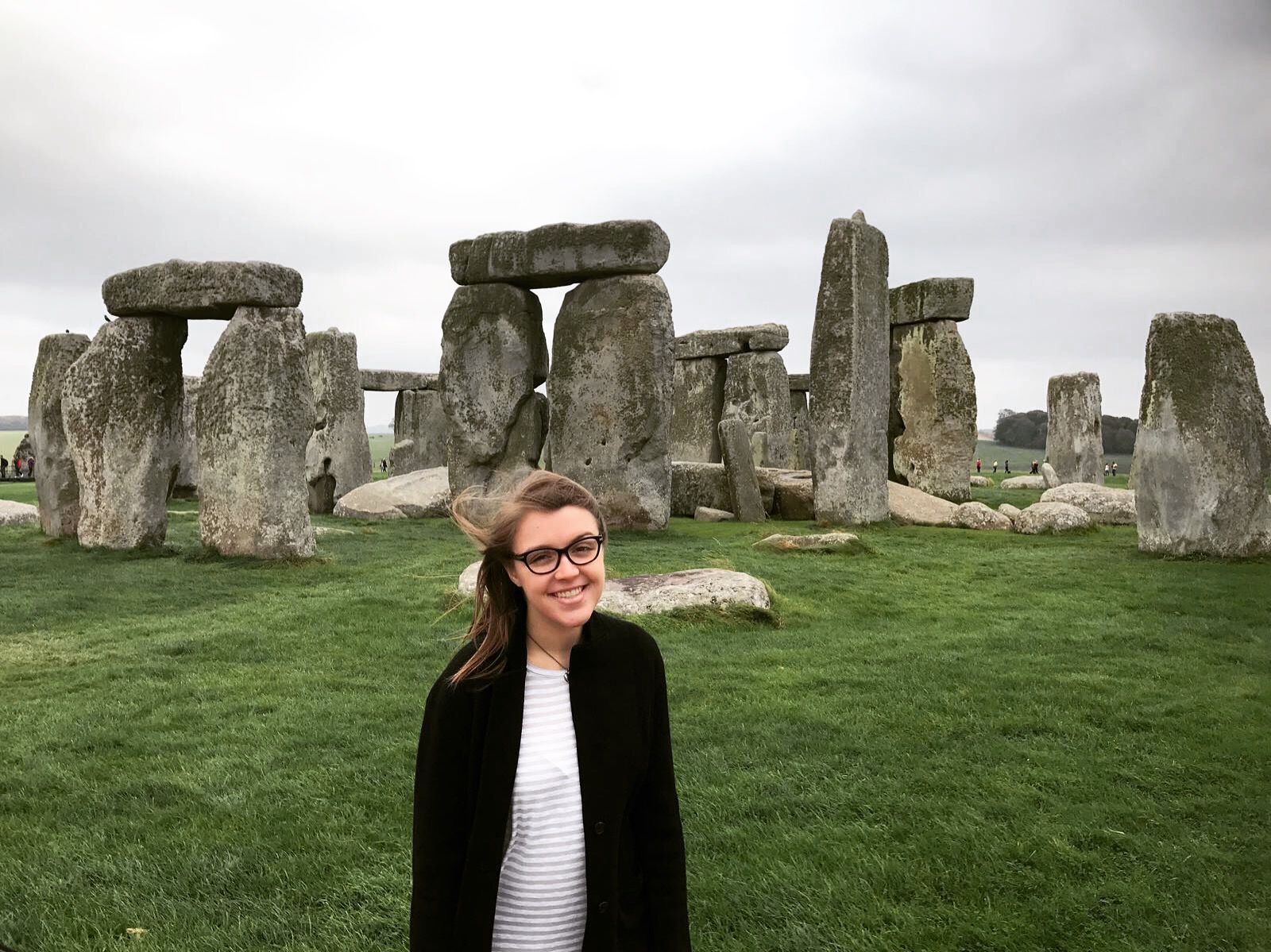 Hi there, my name is Kristen Vicknair, and I am an American studying History here at the University of Chichester, on exchange from Louisiana State University (LSU). I’ve been here in Chichester for about two months now, and I have loved nearly every second of it! Everything about study abroad is just as hoped, but even better. I wanted to study abroad because I knew I was going to go to Law School after graduation, another three-year endeavor, and I didn’t know when I would have the opportunity to do something like this ever again. I chose Chichester because it was everything LSU and Baton Rouge isn’t, but in a good way. Comparing Chichester and LSU is like comparing apples to oranges; they’re both fruits, but they have completely different backgrounds, approaches to peeling them, and different things that go well with them!

Let’s rewind real quick, and I am standing in the hallway of my home in New Orleans, Louisiana with a list on my phone from a girl who studied abroad in England in 2006. I’m yelling back and forth with my dad about what I think I need to take with me, asking if he thinks I’ll be able to survive without my UGG boots for four months, since the rain would ruin them. Looking back, I should never have consulted the internet on what to bring. That list suggested I bring two formal/semi-formal dresses, and I definitely could have packed more cute shirts instead! I think if I had the chance to repack right now, knowing that the forecast was right, and it hasn’t reached below fifty degrees Fahrenheit, I would pack lots more leggings and sweaters, as well as more pictures, shoes, and definitely a blanket!

Studying here in Chichester is definitely different than LSU! I think the biggest differences are just in the social and academic aspects of daily life. Back home, I’m a member of a sorority, Kappa Alpha Theta, and I‘m heavily involved. From living in our house to having date parties and sisterhood events, I’m there and loving every second of surrounding myself with like-minded women who have a commitment to bettering themselves and each others. Here in Chichester, I don’t have Theta; there aren’t any sororities, so I’ve joined the Christian Union on campus and made friends with other ladies that way! It’s not very similar on the surface, but I’ve definitely found like-minded people with the same values! Another major difference is how the academics here in Chichester are handled. Besides the obvious difference that we spend usually four years at university at home, I’ve found academics to be more lax in the formalities, but not in the course-workload. At LSU, it’s very rare for a professor to request you call them by their first name, but here, it’s encouraged. Also, at LSU, we have an assignment or essay nearly every two weeks at least, so the fact there’s only one summative essay at the end threw me for quite a loop. Overall, I think the biggest difference is how small Chichester is compared to New Orleans and Baton Rouge. I know a lot of people at home who didn’t have a car their freshman year at LSU and regretted it, but, here in Chichester, I don’t mind having to walk, take a bus, or take a train. I feel as if it exposes me more to the culture and people I’m living among. However, the biggest thing I miss about LSU is the football games and tailgating. Here, when I say football, everyone corrects me and says “American football,” and I have to livestream the games at two in the morning!

Overall, I think that studying here in England, and more specifically Chichester, was a good idea on my part. At LSU, I’m concentrating in both American History and Politics, so I definitely needed to take some European History classes before I graduated. Studying in the country that Henry VIII ruled, while learning about him and his court, is the experience of a lifetime, and I doubt many people have that opportunity. Studying here has given me the chance to learn greater independence, as the classes meet only once a week, in contrast to LSU’s three times. It also has given me an opportunity to take a step back from my life and just observe it all; at LSU, I am a very busy student, since I work three jobs in addition to my sorority obligations and schoolwork, and it usually takes the opportunity to read new books, try new foods, or just explore a new place away from me. Don’t get me wrong, LSU and Baton Rouge are my favorite places in the world, and I miss them like crazy, but I think Chichester is the perfect opportunity to learn more about the world, as well as myself. I would recommend this opportunity to anyone, especially people who are at somewhat of a crossroads in their career.

As we say in Louisiana, Geaux Tigers and Geaux Theta!

Book onto an Open Day: chi.ac.uk/opendays