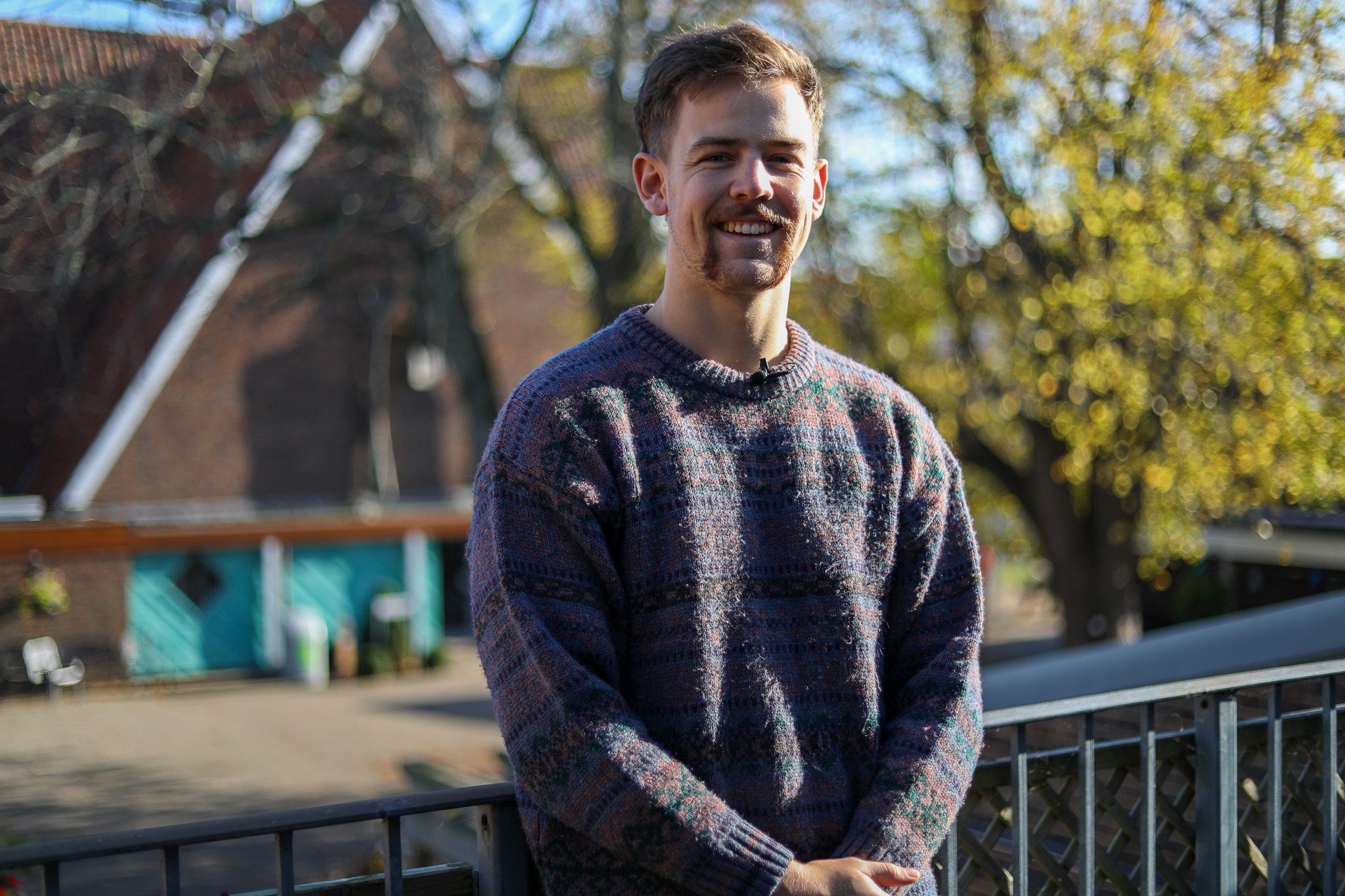 ﻿We are so honoured to have an institution full on inspirational staff and students! On International Men's Day, we want to celebrate all the inspirational male influences in our University who continuously raise awareness for current issues, fundraise for important causes and promote positive change. ﻿

﻿Last year Eddy bravely posted a video of himself on his Instagram (below) openly talking about his mental health, what he has experienced throughout his life that people may not know and why it's so important to lift the stigma of male's mental health. The response he had from posting the video has been remarkable by receiving a lot of support and changing the culture of men's mental health not just at the University of Chichester but across the UK.

His video caught attention of Movember ﻿to which Eddy is now an official ambassador for and has inspired so many students to partake in Movember events to﻿ raise money and awareness. ﻿The next event coming up is the Bognor sea run which will involve staff, students and members of the public running into Bognor sea for 60 seconds to represent a man taking his own life every 60 seconds.

﻿Nathan was born with a cleft palate and had his first operation at 4 days old. He was unaware ﻿there were others ﻿in the world who also suffered from having a cleft palate, especially in third world countries. From this point on, he decided to raise money and awareness through open water endurance swimming and fundraising events to help fund doctors to go to third world countries and perform the surgery on children that can't afford it. Nathan has raised over £30,000 to this date for smiletrain and was nominated for a Pride of Britain award for his fundraising efforts last year.

He recently flew ﻿to the Philippines with smiletrain to visit some of the children that he has helped over the years and see the living conditions they have to deal with on a daily basis.

Having been heavily involved with men's beach soccer for a number of years, Perry started a women's beach soccer team in Portsmouth with minimal support and funding. He has been extremely successful in putting Women's Beach Soccer on the map with numerous European championship appearances under his belt and one of his players, Alumna Sarah Kempson, winning the first ever Women's Beach Soccer player of the year in 2017 and having an English player nominated every year since.

He was announced as Team GB's head beach soccer coach and took the first ever Team GB Women's Beach Soccer team to the World Beach Games in Qatar in October, winning Silver. He has big plans for the sport, with gold﻿ in his sights.

﻿Mo and Joe (MoJoe) have hit the ground running in the time in office as the Students' Union sabbatical officers. They have big plans to help break the stigma of Men's Mental Health and increasing inclusivity and diversity across not just the University, but across the whole local area.

Their recent campaign #GiveAnX has been extremely well received as they are encouraging all students to register to vote as the 18-24 vote has been severely﻿ down in previous elections. ﻿

Andrew's research interrogates concepts of nationalism and the way that ordinary people engage in politics, culture and society, with a particular focus on where that engagement crosses borders, re-thinks the nation, and imagines the future.

﻿Andrew is often seen on various news channels talking through the latest of Brexit and the implications that it will have on the UK!

Book onto a Campus Tour: chi.ac.uk/campustours